About two years ago, fresh from life overseas flying a small plane in a small community and adjusting to a very different lifestyle here at Travis, we heard about a unique assignment opportunity in the foreign affairs field. John met someone who had flown the C-12, a little twin-engine turboprop, in Botswana and quickly decided that this was the new dream assignment. Of course, it has sometimes seemed as though there’s a new dream assignment every other week. John is interested in almost everything. Nothing about his Air Force career so far has been very linear or typical. We’re grateful to be in a place where we can look forward to multiple good, interesting and yet very different options.

A little over a year ago, we decided to take some steps in the direction of something a little different, a little adventurous. Recognizing that our pursuit of a foreign affairs track meant swinging the door open wide for any number of potential assignments, we sat in front of a world map and asked the question: “Are we willing to go anywhere?” John completed the language aptitude test and formally applied to the program last fall, then left on another deployment and we waited for news one way or another in the new year.

The answer, when it eventually came in February, was that he did not get accepted. And honestly, we were pretty ok with this. We mapped out what the remainder of our time in California would probably look like. We breathed a sigh of relief to have more time here, in a house we’ve put a lot of work into, with people we know, with a church we love. We had a baby. My parents came for a visit. We stayed up late on their last night here, filling them in on our hopes for the new plan, as far as it depended on us.

The next morning, April 1st, was John’s first day back to work after Ronen’s birth. He went in for the morning and then came home at lunch to say goodbye to my parents before they left for the airport. Sinking into the couch, he broke the news. At the top of his email inbox was his acceptance to the foreign affairs program.

I thought it was a joke. April Fool’s! But this is not the first time that a door we believed to be closed to us has been suddenly flung open. And it’s not the first time we’ve been reminded that our plans are not our own, that “the heart of man plans his way, but the LORD establishes his steps” (Proverbs 16:9). And so in the days and weeks following this unexpected news, we began to prayerfully walk through that open door, revisiting again the many questions and possibilities we’d discussed six months earlier. We ranked locations and languages and prayed for open hands and open hearts to whatever God would have for us.

Our life in the Air Force inherently involves a great deal of change. There’s a lot of waiting and wondering, planning and re-planning, packing and unpacking, building relationships and figuring out how to say goodbye. Waiting for news about a move can feel like you’re driving in the exit lane. Are we leaving? Should I be wrapping things up in this home, in this place, in this season? When we got the news in February that John was not accepted into the program, it felt as though we could finally shift over to the left lane and put on cruise control. We were completely at peace and even excited about staying put for a bit and then, in an instant, April brought the news that we needed to get off the highway immediately.

We asked for this opportunity. We actively pursued it. But the sudden news that we were accepted and the realization of the upheaval to come was received with a mix of emotions: excitement, joy, disbelief, amazement, sadness, uncertainty. If I’m honest, this is the place we find ourselves with every move: looking forward to what lies ahead, and grieving what we leave behind.

At the end of April, we received word about the specifics of our foreign affairs track. And sometimes the crazy, what-if-we-actually-got-this assignment is, in fact, what happens. As far as we know, here’s what lies ahead: at the end of February, we will move just a few hours south to Monterey, California where John will spend a few months at the Naval Postgraduate School before a ten-month program at the Defense Language Institute learning French. After a six-month unaccompanied immersion and a few months in transition for diplomatic training in the D.C. area, we should find ourselves in Botswana come summer of 2022. There, John will fly the C-12 and work as Air Attaché at the United States embassy.

Right now, we’re mostly focused on the transition to Monterey. Our kids are thrilled to live near the ocean—we’ll wait until we’re much closer to the next move before we tell them about Africa. We’re looking forward to a little break from the normal Air Force as John dives back into the academic world. We’re trying to simplify our lives dramatically so that we can fully enjoy this time of living where the largest ocean meets the tallest trees. 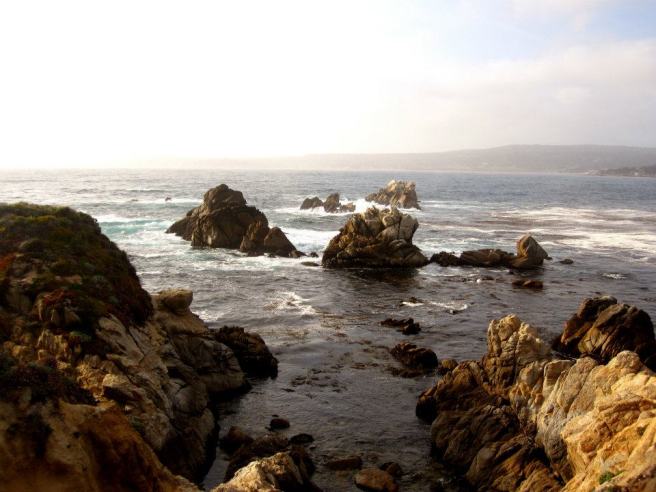 It’s still a ways off and completely unlike anything we have ever done, but we’re very much looking forward to Botswana.

Southern Africa has always been close to our hearts. My grandfather visited when I was a child and planted in me the desire to go and see for myself the incredible mission our home church has been apart of for the last century. I went for the first time in high school, then again after graduation with a team that included John.  Thinking it would most likely be my last opportunity to do so, I spent the five months preceding our 2011 wedding back in South Africa. Then in 2012, I returned for an internship as I wrapped up my degree.  In 2017,  John’s brother Stephen and his wife Jessica moved to South Africa as full-time missionaries. Living seven hours away from them in Botswana will be the closest we have ever lived to any family.

When I pause to consider the way that God has orchestrated the details of my life, when I think about the story He may be writing, I can hardly decide between laughter and tears. He is good and He is faithful whether or not we get the news or the assignment or the home we want. He is sovereign over every detail of every move. He is loving and He is kind and He provides abundantly more than we could ever ask or imagine. Never in a million years could I have imagined that I’d find myself back in Africa with John and our children on an Air Force assignment.

And even if everything we think we know changes tomorrow, we trust Him.

5 thoughts on “what lies ahead”