Well, my last post here was in August. As in, nearly eleven months ago. John had just been through track select and was settling into the final phase of pilot training. Approximately one million things have happened since then. While the days of pilot training can be incredibly long, the weeks are mysteriously fast. They melt into months at quite the alarming rate so that before you know it, it’s all over. A new chapter begins.

So far, that chapter has been unbelievably hectic and overwhelmingly good. We find ourselves on the brink of many, many life changes. In light of this, it seems all the more necessary to take a step back and reflect. To take a breath. To pause from organizing suitcases and attempt to organize my thoughts about what this year has been and all that lies before us. First up, a few thoughts on Mississippi.

I’d be lying if I told you we’ll really miss it. The place, that is.

We don’t love mosquito bites in January. We’re convinced that Mississippi drivers are some of the worst in the country. We don’t particularly care for Southern food. We really miss mountains and large bodies of water. We realized that for most of our lives, we’ve taken for granted access to airports and larger cities with a greater variety of opportunities- theater, music, art, culture, etc. My insect tolerance is pretty remarkable right now.

But the people make a place, and we know that this will be true of any assignment, anywhere. C. S. Lewis said that “friendship is born at that moment when one man says to another: “What! You too? I thought I was the only one…”

Until this past year in Mississippi, we had yet to experience a military community. We’d heard time and again that this community becomes your family. I’ll freely admit that this seemed a bit too mushy to be true- we already have family. We even like our families.

But there is no doubt that we have begun to see the truth in this. We’re so thankful that despite our original intentions in moving to Columbus, we lived on base. It was refreshing to live among people encountering the same challenges and celebrating similar joys. I was encouraged by the common understanding shared among the wives- women who in nearly every way could say “me too”.

I’m thankful for these women who were willing to meet each week for Bible study over a pot (or several) of coffee. I’ll miss the days when we were still together five hours later with no shortage of things to talk about. I’m grateful for honesty and transparency and discussions about identity and value and purpose, about finding our place during a very busy, transient year. I’m grateful for people willing to plant roots and invest, all the while knowing that we’d eventually be sent our separate ways.

I’m thankful for spontaneous day trips to Tuscaloosa for the sake of Target and Starbucks, or outings to Starkville for an afternoon at 929 Coffee Bar or just a change of scenery. We loved shared dinners and evenings of board games. When the heat really arrived, spending free afternoons at the pool with friends was just about perfect.

I’m thankful for Kaia, who has brought such joy into our lives. She has been an especially wonderful companion to me while John is away. We enjoyed many hours at the swamp lake together.

I’m thankful to have had the freedom this past year to support John through a rigorous yet rewarding program. I watched a little boy several days a week- a schedule that allowed me to be out of the house and busy, yet available to adapt to John’s ever changing schedule. It often meant 4 AM breakfasts one week and 10 PM dinners the next… and while far from perfectly, we made the most of it. John worked incredibly hard and put in long hours studying and preparing for flights. Our conversations mostly revolved around future assignments. Somewhere deep down, I’m hopeful we still have the social skills to discuss something other than airplanes! 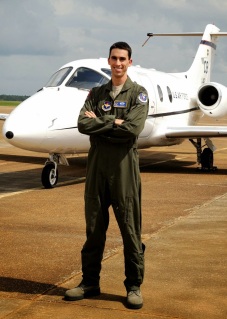 It was a year of creating home…again. We hung photos and rearranged furniture and tried to garden–mostly unsuccessfully. Mississippi’s heat and humidity were not kind to our vegetables, though our indoor herbs and succulents thrived. We also learned enough woodworking to build a table together. 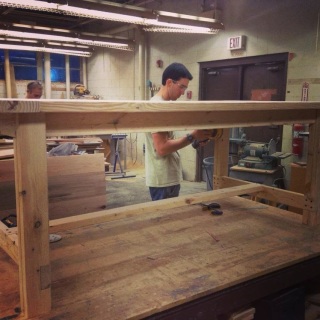 It was, all in all, a good year. We left Mississippi with such incredible blessings. We have a wonderful dog and good friends. John finished pilot training and earned his wings just as I completed my degree through Moody. We’re welcoming a baby in only a few short weeks. God is good!