Skip to content
We recently discovered the Columbus Riverwalk. Most of it isn’t actually by the river, but it’s still a nice stroll on a Saturday morning after we hit up the farmer’s market downtown. 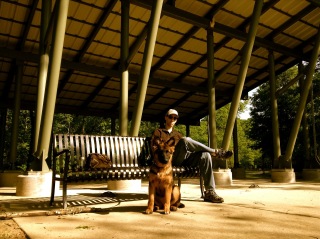 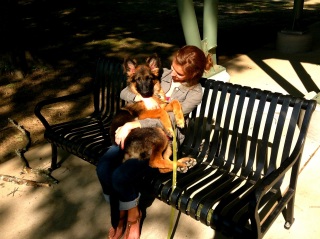 Almost stepped on this frog, which makes for a pretty convincing rock.

Everything is in bloom! We’ve had a ton of rain lately, so our backyard is a lush, green swamp. 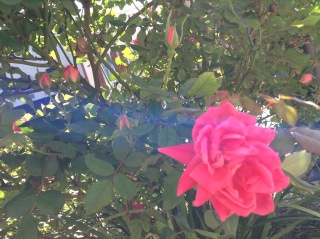 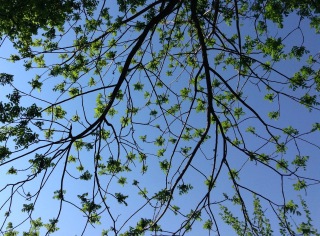 We’re still in a pseudo-post-Whole30-what-are-we-going-to-eat-now-stage. As in, before reintroducing all of the food groups, we decided to break the rules for a few weeks while we hosted guests and traveled. This week, we’re launching back into a mini Whole30 before reintroducing soy and non-gluten grains (such as quinoa and rice). Someday, we’ll actually wrap up this thing and be able to share about our experience, but we’re not there yet. Meanwhile, we’ve enjoyed a variety of foods, including this slightly spicy, refreshing smoothie recipe from John’s sister, Rebecca:
– enough water/ice to make a base
– juice from 1 orange
-1/4 lime, peeled
– 1 avocado
– several leaves of kale
-a handful of grapes
– 1/4 inch piece of ginger root
– sprinkle of cardamom
-sprinkle of cayenne
On a particularly warm day, we decided to have this for dinner.

One of the best parts of spring: delicious, tender, local asparagus. We may have eaten an entire meal of sauteed asparagus this week.